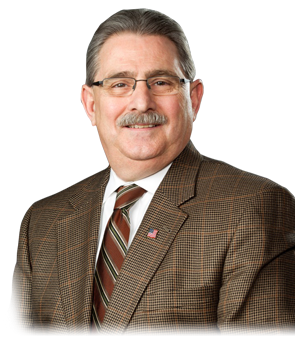 Tom Costello was elected Trustee in November 2009. He had previously served in this capacity from December 1999 through 2005.

Tom is president of James and Sons Insurance, a local independent agency located in Boardman. He attended Youngstown State University, is a graduate of Leadership Youngstown, and has served on several boards in the insurance industry throughout his career.

Tom has been active in our community for many years.  His involvement includes Kiwanis, Boardman Civic Association, Hope House Visitation, Steel Valley Homes for Youth and more.  He was proud to have co-chaired the fundraising drive to build the Boardman Performing Arts Center, and was especially honored to have received the Boardman Civic Association’s Community Service Award for 2005.

Tom and his wife, Janet, have a daughter and son-in-law, Jennifer and Michael Wolfe; a son and daughter-in-law, Adam and Danielle Costello; and grandchildren, Mallory and Cameron Wolfe.