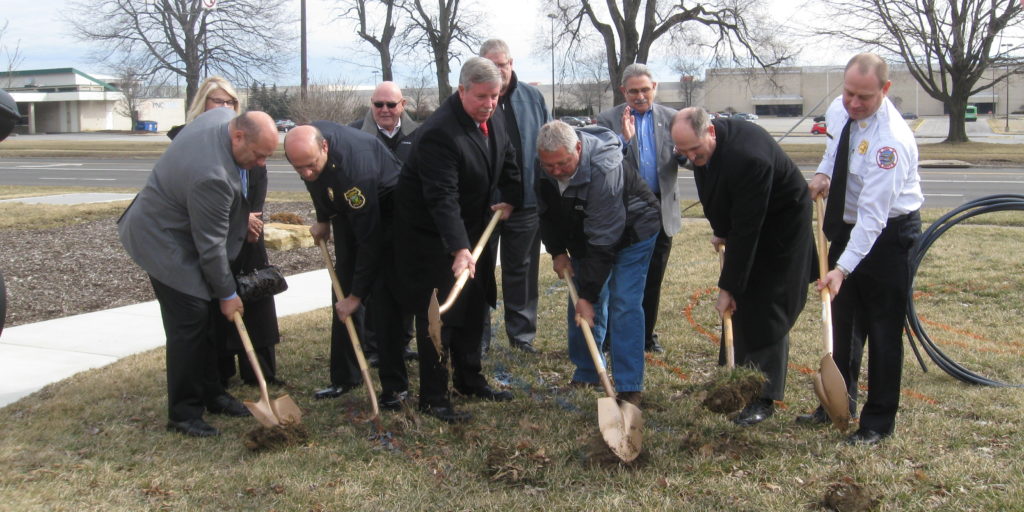 Boardman Township officials and many others who have been involved in a project to honor first responders both in the township and nationwide were on hand for a special ceremony on March 13.

Ground was broken for Boardman’s Safety Services Memorial, which will be located on the grounds of Boardman’s Main Fire Station at the corner of Market Street and Stadium Drive.

Fire Chief Mark Pitzer thanked the organizations, businesses and individuals who have spearheaded this project — in particular, the  Boardman Lions Club, Boardman Police FOP Lodge 43 and Boardman Firefighters Local 1176. The Memorial is designed to honor those men and women of Law Enforcement and the Fire Service nationwide who have paid the supreme sacrifice by dying in the line of duty — as well as to recognize members of the Boardman Police and Fire Departments, past and present, who protect the community.

Fundraising for the project has been ongoing, and while there is a sufficient amount to begin construction, an additional $15,000 is needed to reach the goal of $75,000. More information about the Safety Services Memorial —including an online donation form — can be found at SafetyServicesMemorial.com 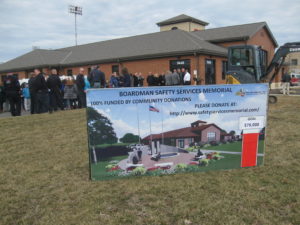 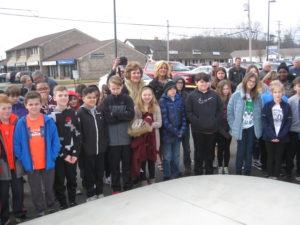 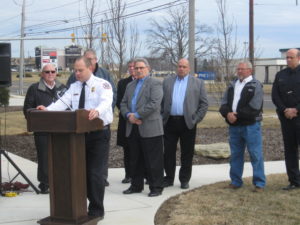 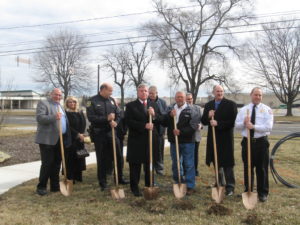